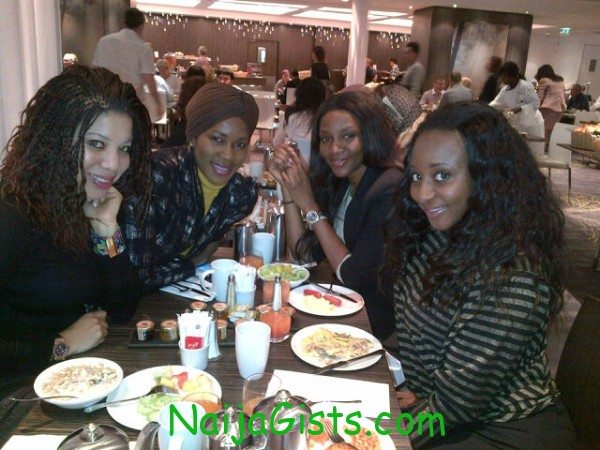 To display their support top actresses like Genevieve Nnaji, Ini Edo, Monalisa Chinda left Lagos night to felicitate with their own “personal person” on her day of joy.

The above photo was taken on Friday morning during a breakfast with the bride-to-be, Stephanie Okereke.

Stay in touch with Naijagists.com for an update on the wedding photos.