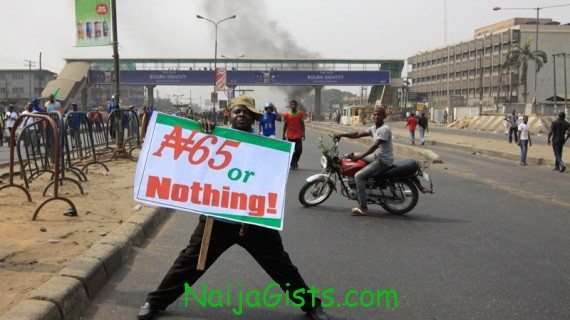 The meeting between the Federal Government and the organised labour over fuel subsidy ended abruptly late in the night, with no compromise reached. naijagists.com

Following this development, the nationwide strike that began on Monday 9 January continues on Monday 16 january, 2012.

NLC is insisting that government reverts the pump price of petrol from N141 to N65.

Stay in touch with naijagists.com for update on this ongoing strike.