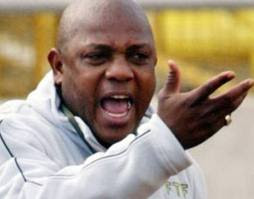 Nigerian Super Eagles coach Stephen Keshi has expressed his frustration with the travel arrangements made by his country’s football authority for the team’s 2014 World Cup qualifier in Kenya on Wednesday.

The African champions flew from Houston, Texas on Saturday at 4pm local time to reach their training camp in Nuremburg, Germany. They will then arrive in Kenya via Ethiopia on Tuesday ahead of the crucial match against the Harambee Stars.

The round trip from Germany to USA, back to Germany and then from Ethiopia to Kenya is calculated at more than 22 thousand kilometres. They were in Houston for a friendly international against Mexico on Friday. The match finished 2-2 .

Keshi concedes there is a clear reason why the Super Eagles needed to go to Kenya via Europe. “It’s the only way we can have an easy connecting flight to Kenya,” Keshi said.

However, coach Keshi admitted that the significant travelling time will affect the team:

“Yes somehow it will have an effect, because you’re coming from another continent, with different weather. Everything together is going to have an effect.”

Keshi is disappointed that his players will not get a chance to train in Nairobi before Wednesday’s vital qualifier which had to be brought forward because of the Super Eagles’ participation in the forthcoming FIFA Confederations Cup in Brazil:

“Now that we’re playing on Wednesday in Kenya, we probably will not have time to even practice before we play the game, that’s very tough,” Keshi said.

“It’s frustrating that you have a team and cannot practice with the team before a very major game.”

The coach is staying positive and is hopeful to get an opportunity to train.

“Hopefully if we get an opportunity to practice, we will take it, because we need every training session to correct some few things,” Keshi said.

“Any little time that we have, we will try to manage it well.”

The Super Eagles are level on points with Malawi at the top of World Cup qualifying Group F.

After three matches, both the Nigerians and the Flames have five points, with only the top team in each group going through to the next round to challenge for a place at the World Cup finals in Brazil next year.