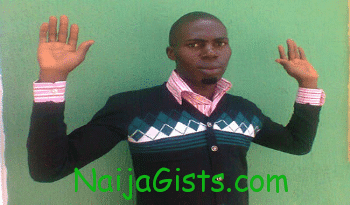 Dec 30, 2011 – The Fate Of A Man Who Threatened To Kill Himself On Facebook Still Unknown

The fate of a Nigerian man by the name of Diano Ovie Richy who threatened to kill himself on Sunday December 25th on his Facebook page is still unknown. naijagists.com

Sources close to him said the man actually killed himself however, Naijagists.com can’t confirm the story. 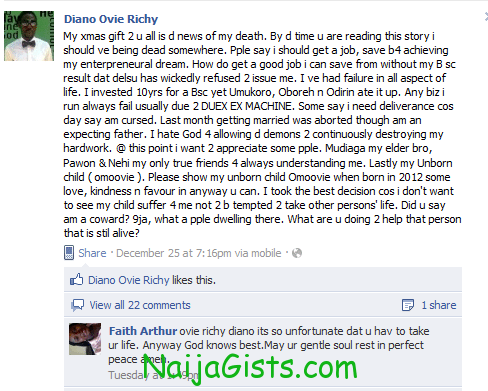 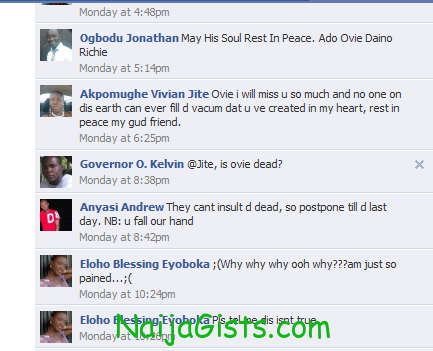 His facebook page hasn’t been update since Christmas day. If you know his whereabouts please share it here.