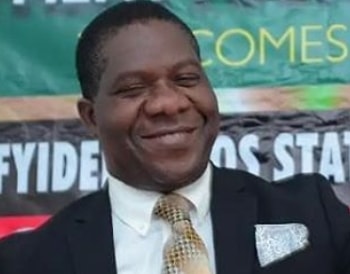 Ex-House of Rep. Member Hon Bamidele is now receiving treatment in the United Kingdom following a near-fatal shooting that took place at APC secretariat in Ekiti few days ago.

According to insiders, the politician who was transferred to Euracare Multi Specialists Hospital in VI on Friday night was today flown to the United Kingdom for further treatment.

We learnt that Tinubu’s insistence aided Bamidele’s travel to the UK.

Surgeons at the Ekiti State University Teaching Hospital had earlier removed two bullets from his leg and abdomen after a trigger happy cop opened fire on him and others during a political rally.