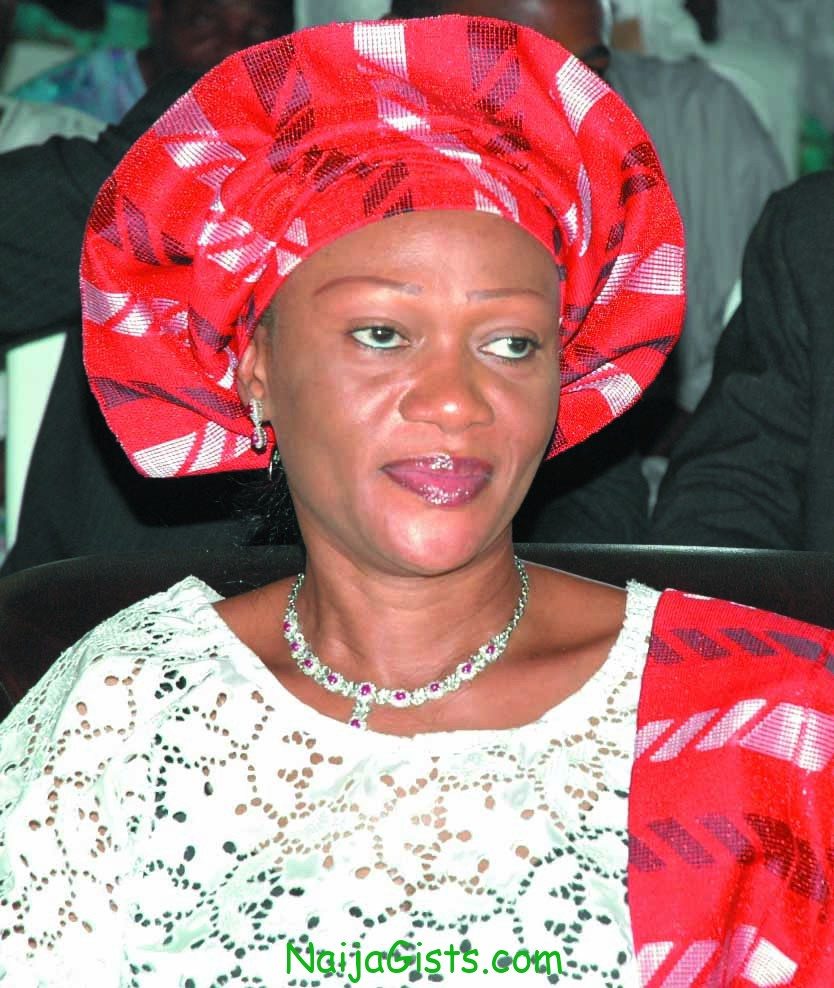 In a recently conducted interview, the wife of Bola Tinubu, Senator Oluremi Tinubu, talks about their love life and the man he has been married to for 25 years.

In this interview, Senator Remi reveals some intimate details about her hubby.

Was it love at first sight when you met him?

The first thing to know is the attraction that brought the two of us together. Though I didn’t remember who he was any more, my sister tried to remind me. I saw his eyes and thought he has very kind eyes. That was one of the things that attracted me to him. I believe that from the eyes, one can know the mind of a person. I think he got me with his eyes; they were very kind and penetrating eyes and that was how we started.

He was serious about his job and had lofty plans about the future. He didn’t say things you would hear from most guys when he met me. He just said: ‘I don’t have a lot of money, but I love to help people.’ So I thought that we had to cut the chase and was ready to settle down for the real business. I just thought that somebody was trying to introduce me to a journey and I concluded that it was a journey I wanted to be part of. I am generous in my own little way and from that angle, I thought it would be quite interesting to go along with.

What pet name does Asiwaju call you?

He has always called me Remi, but now, he calls me mummy and I call him daddy. My husband is very down to earth and not the lovey-dovey type. He is a soft man, though he hides his emotions. On several occasions, he forgets my birthday. He even does funny things on Valentine’s day because he knows I like Valentine’s. But he would just come, analysing who Valentine was and all the story behind him to the extent that he messes the day up for me. Asiwaju would purposely forget my birthday. I was set in my ideas about marriage, but he made those ideas crumble in his own way. I would say that we have to be together on the 31st of December, because I had this funny belief that the first person one sees on 1 January is the person one would spend the rest of the year with. See how twisted I was! But it is different with this man. I have a lot of people who share him with me.

It was not like that before he became a politician. He would always remember my birthday and other important events. We don’t have a private life anymore because he is always surrounded by a lot of people. On some occasions on my birthday, I would just excuse myself and stay in my room, and he would leave the people quietly when it is midnight, to say happy birthday to me. He would come upstairs and pretend as if he wants to use the toilet or bathroom, just to make sure he doesn’t miss saying happy birthday to me when it is exactly midnight. He knows how sensitive I am to such things. So, he tries to bend backwards in his own way. I believe there is a strong love between both of us and also subscribe to the saying that love suffers long and conquers all things. Even when I advise couples, I always emphasise that love endures and has to be made strong.

Our eating habit is the same. We are not big eaters, but we eat anytime we feel like. If we really want to eat, we eat. We aren’t fussy about food. He always likes me to cook.

Did he cook for you in those days?

He never cooked for me o! But on a particular day while we were abroad, I was surprised that he knew how to prepare yam flour. I came home from church on a particular day and saw a used pot with residue of pounded yam stuck to it. I first wondered if anyone had come into the house to fix his meal when I was absent. But I later found out that he did make the yam flour by himself. He tried it again and I discovered that he was better than me at doing it. You could still see little lumps if I made it, but he does it so smoothly.

I also remember that I have had to tell him to take his plates to the kitchen after eating, while I took care of the kids and other chores. It got him angry, but he later did it. He is not a man any woman can push around because he would do whatever he wants to do in his own time, and at his own pace. And that was the only time I ever said that.