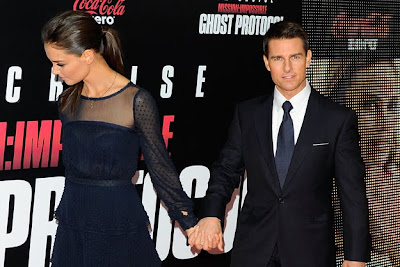 Katie who filed for divorce in New York over “irreconcilable differences” have demanded for sole custody of her daughter, Suri.

According to sources, Katie Holmes has decided to end her years of unhappiness and decade of pains by officially calling it quit.

Here is a statement from her lawyer, Jonathan Wolfe

“This is a personal and private matter for Katie and her family. Katie’s primary concern remains, as it always has been, her daughter’s best interest.”

Here is another statement from Tom Cruise rep.

“Kate has filed for divorce and Tom is deeply saddened and is concentrating on his three children.  Please allow them their privacy to work this out.”

Tom Cruise and Katie Holmes have one child together. Tom has two children from his previous marriage to Nicole Kidman.