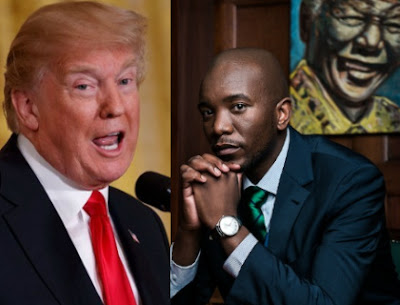 A top US Embassy official was today summoned for a meeting in South Africa over President Donald Trump’s alleged remarks that African nations are “shithole countries.”

US President Trump’s alleged comments caused shock internationally and incurred allegations of racism, with the UN, the African Union and many individual African governments denouncing it.

In a statement on the Monday summons, the South African government referred to Trump’s comments as “disturbing” and said that while Trump has tweeted a denial, it “was not categorical.”

On Friday, after the alleged comment prompted a media storm, Botswana’s government summoned its ambassador to the US to ask whether Botswana was considered “a shithole.”

South African politicians have reacted with disbelief regarding the remarks.

“[Trump] confirms a patronising view of Africa and promotes a racist agenda. Africa/U.S. relations will take strain from this, with a leader who has failed to reconcile humanity.

“The hatred of Obama’s roots now extends to an entire continent,” tweeted Maimane.