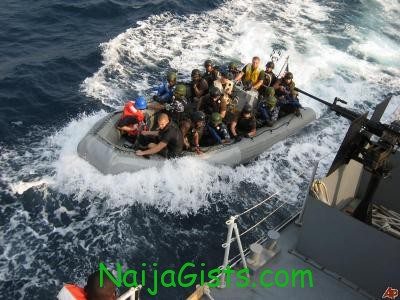 2 Americans kidnapped off the Nigerian coast last month from a vessel contracted to the Chevron oil company have been released, the U.S. embassy in Abuja said on Friday.

A Mexican citizen was also released, Nigerian security sources said. The embassy gave no further details about how they were freed but the sources said ransom demands had been discussed.

Recent attacks on ships off the Nigerian coast and other countries in the Gulf of Guinea are threatening the region’s position as an emerging trade hub that is an increasingly important source of oil and other commodities for world markets.