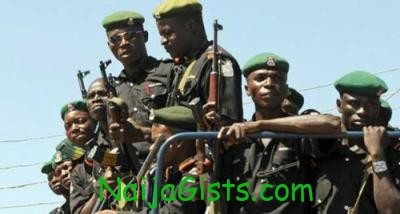 The Police Commissioner in Zamfara State, Tambari Yari, said he narrowly escaped an armed robbery attack a week ago when he ran into a road block set up by armed robbers along Talatan Mafara/Gusau Road.

The commissioner stated this in Gusau on Thursday while narrating the incident to the Assistant Inspector-General (AIG) Zone 10, Ibrahim Machi, who was on a two-day familiarization tour of the state.

He said he ran into the robbers around 9.30 p.m. while returning from Talatar Mafara but was not attacked, although other motorists who came shortly after were attacked.

The commissioner commended the state government for its support to the police, saying it had recently released 20 patrol vehicles to the state command and pledged additional 20 more vehicles, to enhance effective patrols.

Yari assured residence of the state that the command would launch new operation strategy to rid the state of criminals and urged the AIG to post more policemen to the state.

In his response, the AIG commended the efforts of the command and called on the officers and men to redouble their efforts, “so that these hoodlums will not come and take us by surprise and we end up disappointing the innocent citizens of the state”.