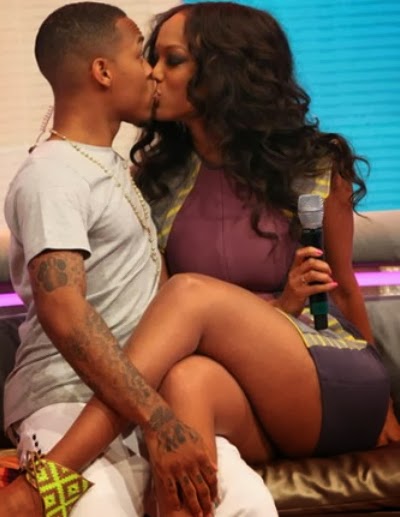 Tyra Banks who made the first move made Bow Wow’s admirers jealous when she descended on him on the popular BET’s 106 & Park show.

The rapper reportedly said he has a crush on the 40-year-old super model since he was little. Bow Wow got what he wished for on the show.

After a short first kiss which got the audience shouting, the two shared another kiss and this time, it was long and passionate tongues were running around in their mouths. 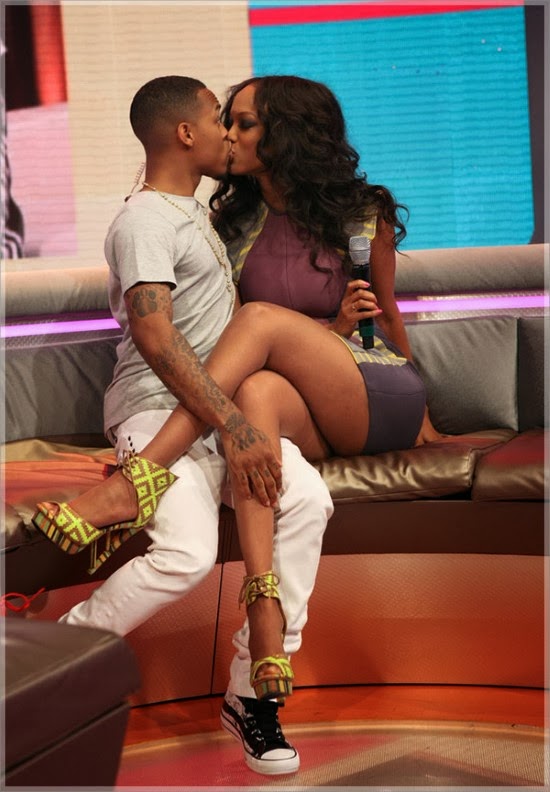 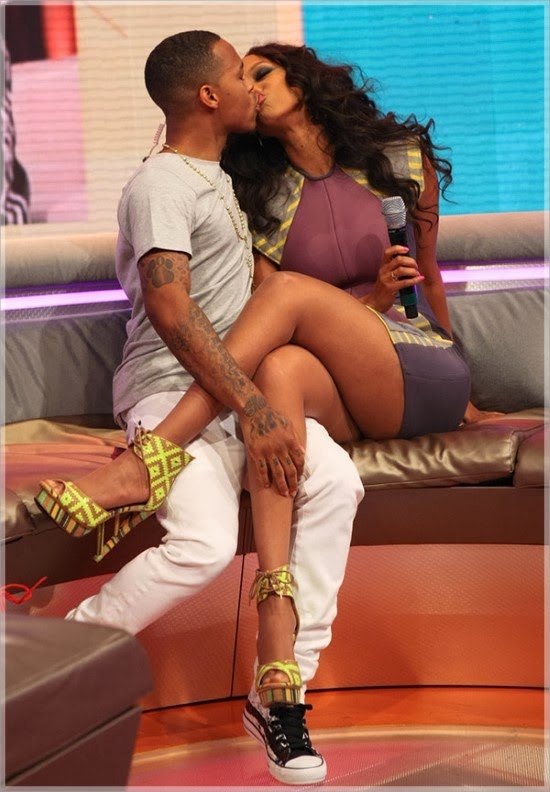 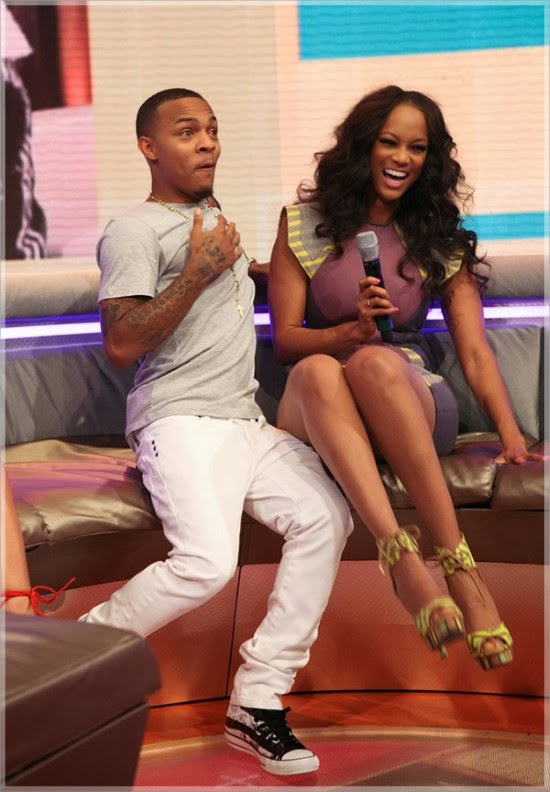