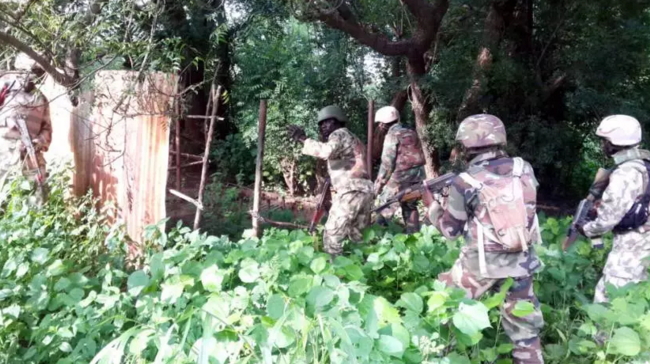 The Commander in charge of the Nigerian Army battalion attacked earlier this week by Boko Haram has released an official media statement.

According to the statement from Colonel Tukur Ismail Gusau, Operation Lafiya Dole Media Coordinator, some soldiers ONLY sustained injuries while exchanging gunfire with some terrorists who attacked them.

“The attention of the Theatre Command Headquarters Maiduguri has been drawn to various releases on social media on the operation at Gudumbali , northern Borno State.

Most of the publications are not only fictions but imagination of the writers that have no iota of knowledge on military operation. Unfortunately, this is coming at a time when the military has created several avenues for them to get first hand information on our activities.

In the quest to be on the same footing with each Nigerian, Media centre was established in the North East. Additional to this is the open door policy of the leadership style of our chief of Army Staff Lt Gen TY Buratai where he carries throughout his operational engagements media personalities.

For the records Gulumba was captured by own troops on 10 November 2015 and our troops deployed to secure and weed off Boko Haram terrorists.

The location was attacked yesterday morning which resulted in fiarce battle till afternoon. Troops went for pursuit after which they mop and reorganise. The unit suffered some injuries and casualties and equally killed several insurgents. The Nigerian Army has nothing to hide but we call all patriots to support these troops that are courageously fighting for peace and security of our nation.

The Theatre Command wishes to state that the story is far from the truth and misrepresentation of facts. In fact, it smacks of the imagination of those symphatetic to Boko Haram terrorists. The Theatre Commander Operation LAFIYA DOLE has addressed the issue and gave journalists the opportunity to ask questions and clarify doubts about the Gudumbali incidence and yet, the medium is yet to reflect the true situation.

It should be stated here that, although the unit suffered some casualties, what the medium was reporting was grossly exaggrated for reasons best known to them. The number of casualty and equipment lost as being circulated is not correct, the situation was unnecesserily blowned beyond proportion to give terrorists the type of propaganda they desired.

You are please requested to disseminate this information to the general public. Thanks for your continous support.”