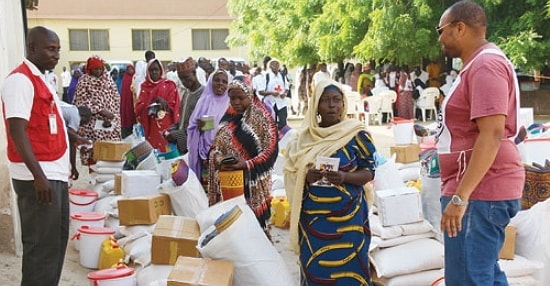 The United Ambassador to Nigeria, Mr Stuart Symington today announced additional 102 million dollars humanitarian assistance to those affected by the Boko Haram insurgence in the North-East.

Symington made this known at a plenary session of the ongoing National Conversation on the Humanitarian-Development-Peace Nexus in Abuja. 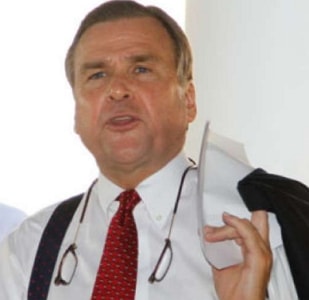 The ambassador explained that the fund would help address the shelter, health and food security needs of populations in the North-East still struggling with the effects of Boko Haram insurgency.

“These funds for Nigeria represent the vast majority of the U.S. Government’s new 112 million dollars infusion for the Lake Chad Region.

“The assistance will be administered primarily through the U.S. Agency for International Development (USAID)’s offices of Food for Peace (FFP) and Foreign Disaster Assistance (OFDA) and the U.S. State Department’s Bureau for Population, Refugees and Migration.

“Our hope is that this new investment in humanitarian assistance will combine with the efforts of your government and people to move Nigeria forward on a path to peace and prosperity,” he said.

The envoy said that the funding would provide life-saving aid to millions of people, including emergency food assistance, nutrition treatment, shelter, health services, safe drinking water and services for survivors of sexual violence.

He said that the funding would also help provide support to children who had been separated from their families.

Symington said that as of May 2018, an estimated 2.3 million people in the North-East experienced extreme food insecurity.

Also read : Troops kill 15 Boko Haram fighters, rescue 49
According to him, this is largely due to widespread insecurity, protracted displacement, depleted assets and the interruption of agricultural production throughout the region.

“Even, as the Nigerian military makes progress, access to those most in need remains tenuous in many areas and the operating environment is highly volatile.

“U.S. is the largest donor for the humanitarian response in the Lake Chad Basin Region, providing nearly 761 million dollars since 2017,” he said.

The European Union representative at the occasion, Mr Richard Young, harped on the need for collaboration among the security agencies to enhance humanitarian assistance in the area.

Young said that there was need for the military, the police and the civil society organisations to work together to address the challenge of insurgency in the North-East.

Continue Reading
You may also like...
Related Topics:nigeria, stuart symington, us ambassador