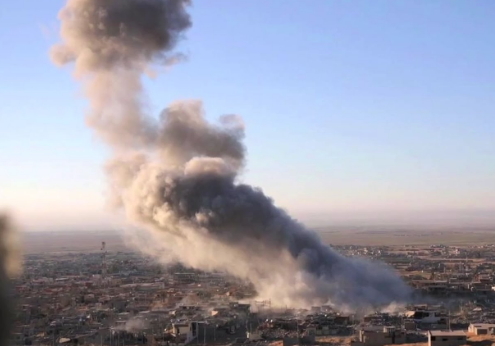 According to BBC, the US has launched air strikes on targeted positions occupied by the dreaded Islamic State militants in Libya.

The air strikes are the first such US military intervention coordinated with the Libyan unity government.

Continue Reading
You may also like...
Related Topics:isis camps, libya, us airstrike