Check out this dramatic moment a very brave policeman opened fire on one of the 3 ISIS suicide bombers that carried out terror attack at Istanbul Airport in Turkey yesterday.

The hero policeman gave so many travelers a chance to escape saving countless lives.

In the shocking footage you are about to watch, the Islamic state gunman can be seen running through the international airport terminal with his AK-47. 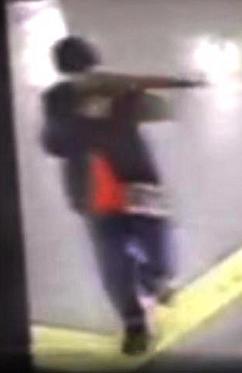 Another police officer approached the gunman with the hope of rescuing him before realizing he’s about to detonate his suicide vest and running for his life.

Moments later the gunman writhes in pain on the floor,detonates his bomb and the screen goes blank.