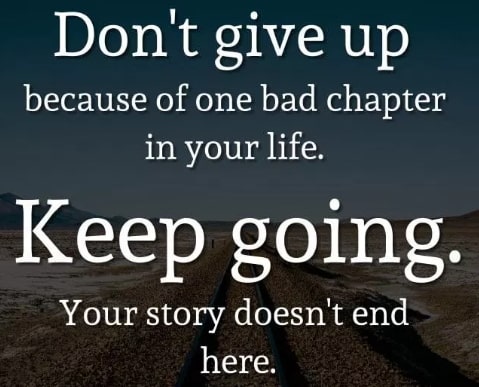 Do you remember the story of the 33 miners who were trapped underground in the Copiapó mining accident?.

For the first 17 days, it was impossible to know if attempts were being made to rescue them until the first drill broke through.

Despite that surge of hope that they had been discovered, they still spent another 52/53 days before being rescued.

The virtues that ensured that all 33 of them survived until their rescue are Courage and Hope.

Today, we shall examine a few other virtues that can be valuable to us:

if you don’t like where you find yourself, you must be willing to pay the necessary price to get out of there.

You can’t claim to be sick and tired of a situation unless you take the necessary action to change it. The 33 miners knew they were trapped and they wanted to survive. It was clear that the food they had would not sustain them for too long so they had a choice to make- eat to satisfaction and die later of starvation or ration the food and live long enough to eat in future.

They were smart enough to take the latter choice. That was not an easy choice as the men conditioned themselves to take a meal a day of two cookies and one spoon of tuna fish. Their condition was so delicate that when the government was finally able to reach them with food, the next dilemma was the kind of food that won’t kill them, considering how little they had eaten before. The choice to ration the food was not easy but it guaranteed their survival.

to my mind, if only one miner had been trapped instead of 33, the chances of survival would have been slim. videos recorded of the miners while they were still underground showed that they assisted one another to stay strong. They took turns to engage and encourage one another. They weren’t always strong; in fact, one or two of them described their trauma. Nevertheless, they motivated one another. One of the greatest errors humans make is to push everyone away when they go through tough times. While it is not advisable to share your issues with just anybody, there should a few trusted persons you can rely on for support.

when you find yourself in helpless situations, there is the tendency to sit and wait for someone to come to the rescue. For instance, what can you expect the trapped miners to do than to wait helplessly? But that was not the case; they ensured they were constantly engaged so that there was less time to become hopeless.First, they worked together to maintain the mine, then they took turn to explore escape routes and keep up the morale of the others. The miners were also actively involved in their rescue by providinguseful information to the rescue team.

it is important not to take life too seriously. No matter the challenge you face, don’t forget to have a good laugh. No, you are not crazy! It just lightens your mood and lifts the weight of you. The trapped miners demonstrated a commendable level of humour despite their precarious situation. Some footages that were recorded of them while they were still underground showed them making jokes and laughing.

They never saw the sun for 69 days, yet they found reasons to laugh. When you are gloomy, not only do you bear the full burden of your problems, you also scare away those who may want to assist you.

Imagine if the miners were in a foul mood and they cursed the rescuers for not moving fast enough. How motivated would the rescuers be to keep going? When you have a positive disposition to your challenges, you help people to help you.

Thanks for reading my article today.

I would really love to hear from you. So, do share your views with me by sending SMS to 07034737394, visiting www.olanreamodu.com and following me on twitter @lanreamodu. Remember, you are currently nothing compared to what you can become. This can be your year if you want it to be!

Continue Reading
You may also like...
Related Topics:give up, virtues

Don’t Lock Your Potentials In; Let Them Breathe!
Never Run Away From Problems…The Only Way To Have Lasting Peace Is To Deal With Them