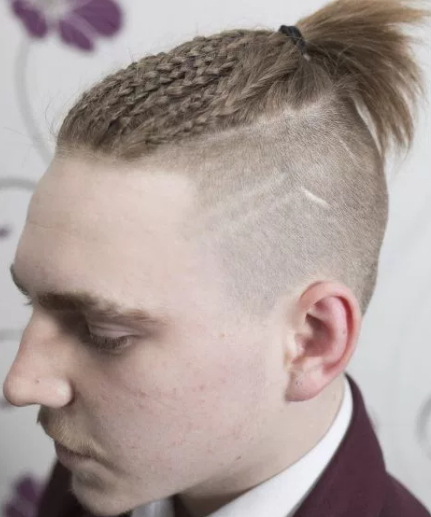 A woman claims her son was sent home from school after turning up for class with his hair in braids.

34-year-old Trisha Jukes says her son Jordan Waterfield was first sent to isolation before teachers ordered him to leave the school. 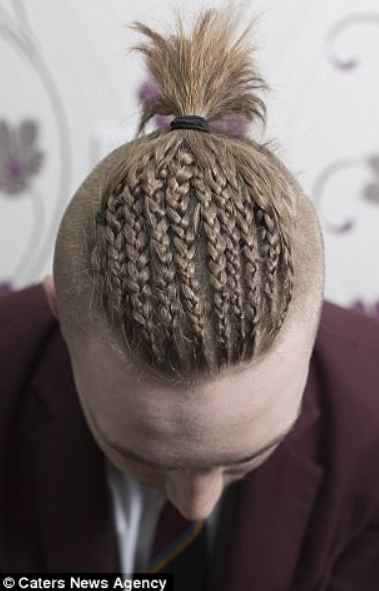 The 15-year-old had returned after half-term with the top of his hair braided, while the sides were left long.

However staff at the RSA Academy in Tipton, West Midlands, sent Jordan straight to isolation for his ‘extreme haircut’.

Ms Jukes claims she then received an upset phone call from her son who said she had to pick him up from school.

She said: ‘I never imagined there’d be a problem with Jordan’s hair, girls go to school with plaits in, so why couldn’t my son. 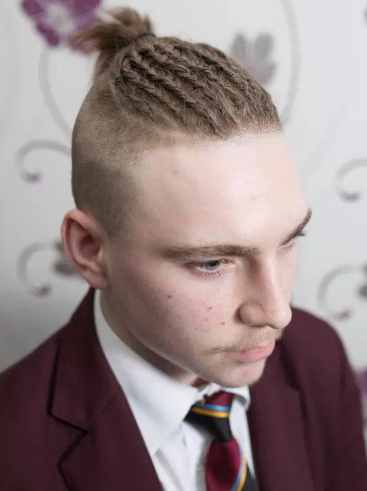 ‘As soon as I found out that he was put in isolation I was shocked, his hair cut wasn’t bothering anyone.
‘It’s a shame that he has missed out on a big chunk of education for the day just because of his hair.
‘If other people in his school are allowed to have plaits in their hair, my son should be too. It isn’t an “extreme haircut” in the slightest.’

Ms Jukes rang the school and after speaking to multiple members of staff she claims the school retracted their decision and told her to bring him back the same day.

‘Jordan has been going to that school for four years and nothing like this has ever happened with regards to his hair.
‘His hair cut wasn’t doing anything to effect his learning – but sending him home from school is.
‘The braids were only tied together by small black elastic bands – and the rest of his uniform was immaculate.
‘As soon as Jordan returned home last Wednesday at lunchtime, I spoke to the school and complained.
‘After being passed from one member of staff to the next, I was told Jordan was allowed back into school a few hours later.’

In a bid to tidy up his hair, Jordan had his hair cut shorter and opted for two small shaven lines into his hair. 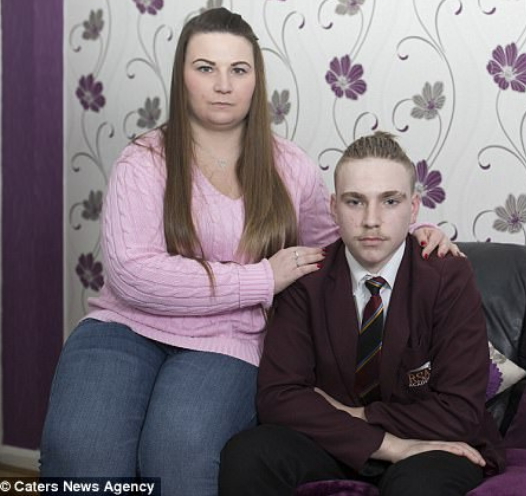 But Ms Jukes claims this enraged the school even further and he was later put in isolation once again.