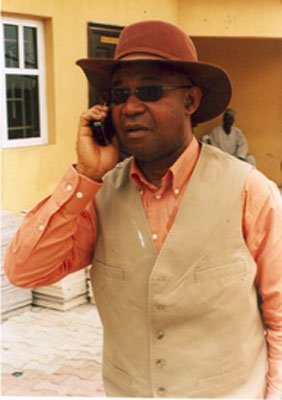 Barely 3 months after the founder and publisher of The Guardian Newspaper, Dr. Alexander Uruemu Ibru died, the Acting News Editor and Asst. Health Editor of the paper Benjamin Chima Ukwuoma, has passed away, the publication has reported. naijagists.com

Ukwuoma passed away at the St. Anthony’s Hospital, Aba, Abia State on Monday, February 20, 2012 after a brief illness. He was 50.

The Imo State native and graduate of Biochemistry from the University of Calabar had lost his wife back in 2001. He took ill early January before his yearly vacation.

He left behind his 12-year-old son Chima.

Ukwuoma joined The Guardian on September 25, 1989 as Health Reporter and in the following years rose to the position of Asst. Health Editor, running it simultaneously with his job as Acting News Editor until his death.

He had a Masters’ Degree in Biochemistry from the University of Lagos and was working on his doctoral degree at the same university before his death.