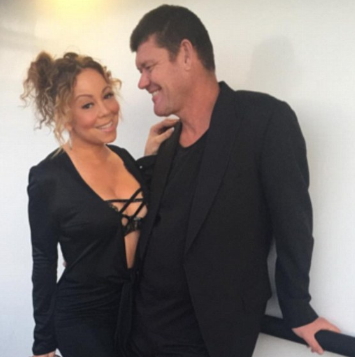 Nov 2nd, 2016 – Why Mariah Carey Demanded $50Million & A Mansion From Ex-Fiance James Packer For Breaking Up With Her

Star singer Mariah Carey wants her ex-fiancé James Packer to continue paying for their rented mansion in California until he’s found her a new home elsewhere.

According to Divine Magazine, the ‘Hero’ hitmaker has told the 49-year-old billionaire businessman that he needs to cough up for the remainder of the rent on their lavish 18,000 sq-ft abode, which reportedly costs around $250,000 a month to lease, in Calabasas and then handle the financial side of her next move as part of a condition of their split.

It’s believed the 46-year-old pop diva is making the demands because she’s lost wages from cancelling the South American leg of her ‘Sweet Sweet Fantasy’ tour and blames James for forcing her to uproot her life and move to Los Angeles for him.

The insider explained to ‘Entertainment Tonight’: ”Part of the reason for this [demand] is that Mariah lost wages from cancelling a leg of her tour recently and originally moved her family from New York to Los Angeles [so James could be closer to his children].”

However, Mariah’s demands don’t just stop there as the brunette beauty also wants the Australian tycoon to give her $50 million and buy her a new mansion in New York.

A source said: ”Of course Mariah wants money, but she’s not getting $50 million. There’s no negotiations about money because they haven’t spoken since the split.”
Although James – whose mother lives in Australia – isn’t prepared to part with $50 million for the ‘We Belong Together’ hitmaker, he’s allowing her to keep her $10 million engagement ring he gave her when he popped the question earlier this year.

The couple – who have been dating since 2015 – called time on their relationship in September after a row erupted between them while they were on holiday in Greece.
The pair are yet to speak face-to-face but are reportedly keen to meet up and discuss their differences after news of their shock split began to spread like wildfire.

Her representative said in a statement earlier this month: ”Mariah and James had a fight in Greece, and have not seen each other since. [The fight was not due to] any cheating allegations or excessive spending. They are trying to work it out. Right now, they’re not sure if they will stay together. They are discussing it.”

Mariah has five-year-old twins Moroccan and Monroe with her estranged husband Nick Cannon, whom she split from in 2014.