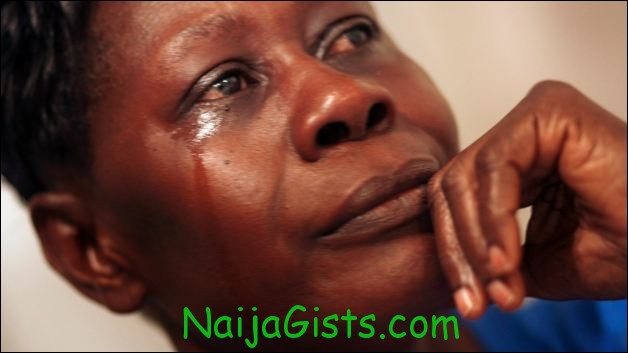 A pregnant housewife has handed her husband to the police in Lagos State, Southwest Nigeria, when she allegedly caught him having sex with a 10-year old hawker on their matrimonial bed. naijagists.com

Michael Ereba,37, was allegedly caught by his pregnant wife, Flora while he was having sex with the little girl at their house at Jakande Estate, Ajah area, Lekki, Lagos.

The couples had 3 years together in their 8-year old marriage.

The victim told the police that she was hawking snacks in the estate when Michael called her under the pretence of buying snacks from her.

She narrated that when he went to his house, he dragged her inside his bedroom and tore her pant and started having sex with her forcefully.

She said while she was struggling to free herself from Michael, his wife who had gone out came back and met them in the act.

She said his wife raised an alarm and scolded her husband.

Instead of Michael pleading with his wife, he started beating her.

His wife alerted her neighbours who contacted the police. And he was arrested.

Michael is now facing a charge of rape at a Family Court in Surulere, Lagos.

When he was arraigned, he pleaded not guilty.

The presiding Magistrate, Mrs Daudu granted him bail in the sum of N200,000 with two sureties in like sum.

He was however remanded in prison custody at Ikoyi, Lagos because he could not fulfil his bail conditions.