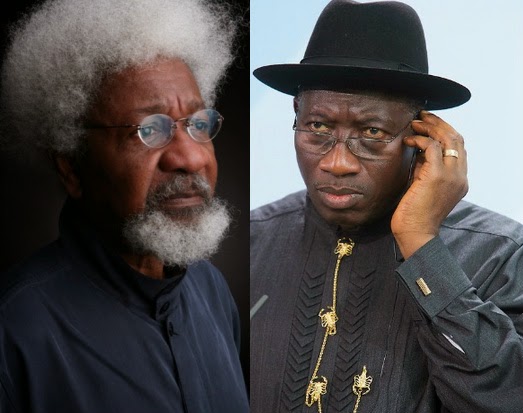 At a press conference in Lagos he titled King Nebuchadnezzar – The Reign of Impunity, Mr. Soyinka said that the battle line had been drawn and Nigerians must decide whether to submit or resist to the current democratic dispensation.

“I shall not insist that the biblical figure of Nebuchadnezzar is uniquely apt for the pivotal figure of the ‘democratic’ history in the making at this moment,” said Mr. Soyinka. “For one thing, Nebu was a nation builder and a warrior. One could argue even more convincingly for the figure of Balthazar, his successor, or indeed Emperor Nero as reference point – you all remember him – the emperor who took to fiddling while Rome was burning.

“However you should easily recall why I opted for King Nebu – the figure that currently sits on the top of our political pile himself evoked it, albeit in a context that virtuously disclaimed any similarities, even tendencies. Perhaps he meant it at the time when he claimed: ‘I am no Nebuchadnezzar.’ Perhaps not. One judges leaders on acts however, not pronouncements, which are often as reliable as electoral promises.”

Mr. Soyinka said that it was left for Nigerians to decide to revert to the ‘Abacharian status of glorified slaves.”

“The praetorian guards have been let loose – to teach the rabble their place,” he said.

“The recent choice of a new leader for the guard was clearly no accident, and this hitherto unknown enforcer, one Suleiman Abba, has wasted no time in inaugurating a season of brutish power. When a people’s elected emissaries are disenfranchised, cast out like vagrants and resort to scaling fences to engage in their designated functions, the people get the message.

“However, the choice is always there, and each choice comes at a cost. It is either we pay now, or pay later.”

Mr. Soyinka also said that President Goodluck Jonathan had continued to surprise Nigerians in ways “few could have conjectured.”

“Peaking at his own personalised example where he set the law of arithmetic on its head – I refer to the split in the Governors’ Forum, and his ‘formal’ recognition of the minority will in a straightforward, peer election – democracy has been rendered meaningless where it should be most fervently exemplified.

“Nothing is more unworthy of leadership than to degrade a system by which one attains fulfilment, and this is what the nation has witnessed time and time again in various parts of the nation, the recent affront against the legislative chamber being only the most blatant and unconscionable…

“It is a warning. His choices for the occupancy of crucial public positions – such as the protective arm of the nation – constitutes an even more immediate and constant public alert. The signals are ominous – for and beyond 2015.”