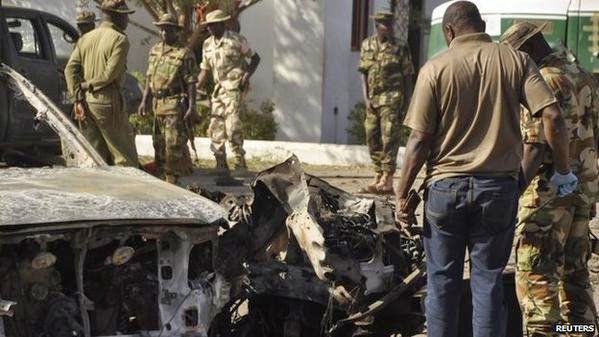 According to police investigation, the explosion happened at about 3:22pm today when business was at its peak, an indication that there will be many ccausalities

The explosions were so powerful that buildings in the area collapsed.

“The first explosion happened inside the market and the second went off just outside the entrance as people rushed out to flee,” said witness Ibrahim Dambam.

“No-one can say how many people were affected by the blasts because everybody fled the area following the explosions,” – another witness, Badaru Isa said

Today is Potiskum’s market day,a monthly shopping event that attracts traders and shoppers from all over Yobe State and beyond.