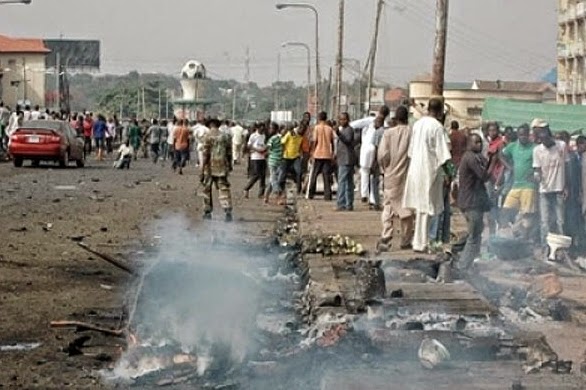 2 people died today when a male suicide disguised as a regular customer blows himself up inside a popular restaurant in Yobe.

The attack carried out inside Al-Amir restaurant, a popular chain in Northern Nigeria around 4:40pm today killed the manager and a waiter. 13 other staff and customers sustained serious injuries.

This is what a police officer involved in the rescue operation said few hours ago:

“We evacuated three dead bodies which included the bomber and two victims to the hospital”.

This is Boko Haram’s first restaurant attack in Yobe.