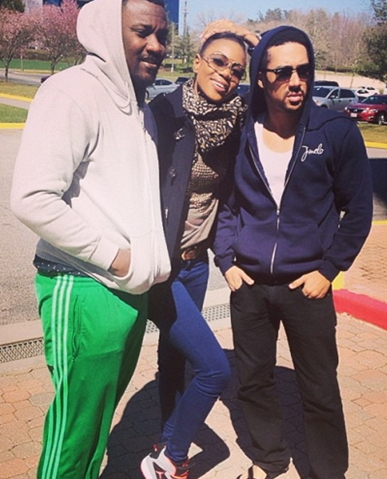 Few days after NaijaGists.com shared with you some exclusive photos of actors John Dumelo and Majid Michel cruising the city of New York, another movie star has joined them.

The House Of Gold movie producer was recently spotted with her colleagues taking a photo together.

Insiders reveal that Yvonne Nelson is set to act alongside Majid Michel in an upcoming movie.

Here is a pic from the movie set 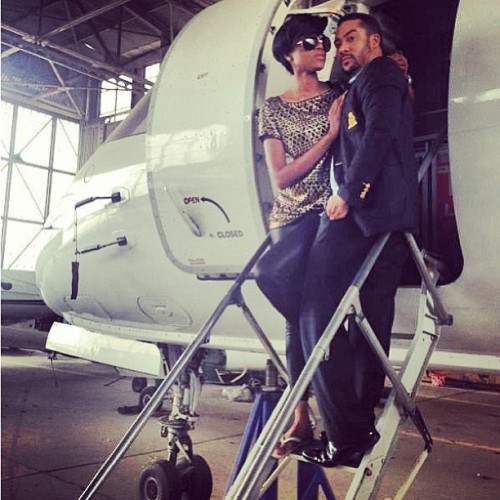