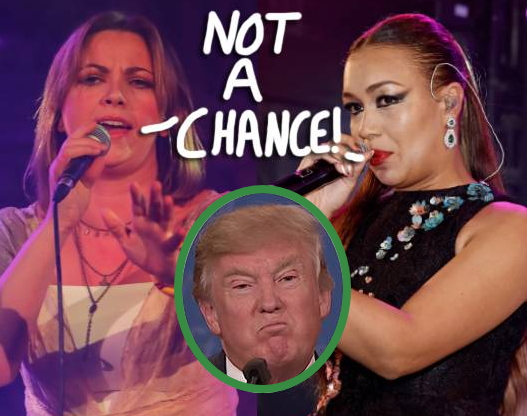 The singers rejected the invitation in separate statement released on Tuesday.

The rejections follow other apparent snubs by celebrities, including Elton John, whose publicist denied in November that he would be performing at the event after an economic adviser to Trump had said that he would.

“@realDonaldTrump Your staff have asked me to sing at your inauguration, a simple Internet search would show I think you’re a tyrant. Bye,’’ wrote Church in a tweet she concluded with derogatory emojis.

Tom Barrack, a longtime friend of Trump who is organising the Jan. 20 event, brushed aside suggestions that there would be a lack of star power at the Jan. 20 festivities.

Barrack told reporters that Trump himself was “the greatest celebrity in the world’’.