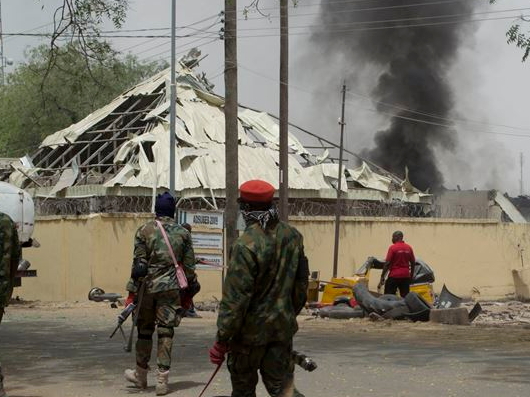 Not less than 8 people died today when a female terrorist detonated her explosives at a mosque in Maiduguri .

The attack carried out around 6.00am today in London Ciki area of the capital city injured 15 others.

The mosque was being guarded by Civilian JTF during prayers when the suicide bomber struck.