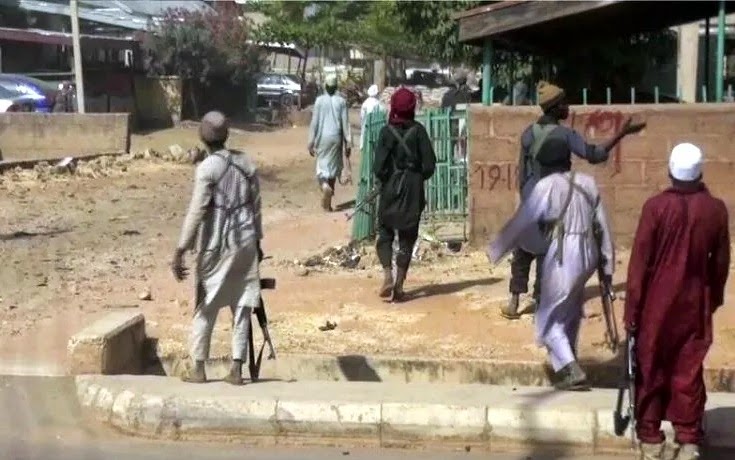 A military source, who participated in the operation to repel the attack on the city, also told NAN that the female bombers “pretended as if they were residents of the community behind Giwa Barracks of the Nigerian Army and fleeing from the battle-field.”

Some members of the Civilian JTF (youth vigilante), who were also on ground to repel the insurgents reportedly saw some women near the battlefield, begging for help. The Civilian JTF members led by some troops were said to have moved in to save the women unknown to them that they were suicide bombers.

“Some of the women started exploding one-after-the-other,” a military source said on condition of anonymity. The explosion from the female bombers killed about nine of the women, six Civilian JTF members and some other civilians, another source said. He said some soldiers were also injured even as speculation was rife in Maiduguri that the military lost some of its personnel.

But Acting Director, Army Public Relations, Col Sani Usman, told Daily Sun that the Army “did not lose any soldier.” However, a 24 hours curfew has been imposed on the city yesterday following Wednesday’s dusk attack.