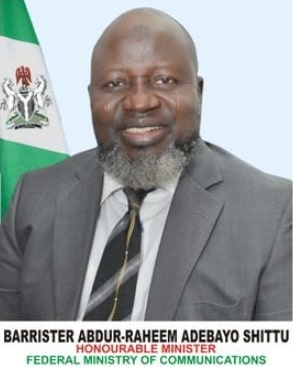 Minister of Communication, Adebayo Shittu said on Friday that he never presented any NYSC discharge certificate during his screening by the National Assembly because he never had any, stressing that he has not breached any law by skipping national service.

The Minister who spoke with newsmen at the private office of the National Chairman of the APC, Comrade Adams Oshiomhole where the screening of governorship aspirants is taking place said his case of not having a discharge certificate was different from that of former Minister of Finance, Kemi Adeosun.

Shittu acknowledged that he never went for the mandatory national youth service after his graduation from the Nigeria Law School in 1979, adding that he simply followed the law and considered his election into the State house of Assembly as part of national service.

He said: “Nigerian Tribune even reported that I left university in 1979 but in actual sense , I left in 1978 and left law school in 1979 and the constitution says anyone who qualifies to contest an election or who has gone through an election and wins, he is obligated to move through the house of assembly which I did for four years, so it is a form of higher service as far as I’m concerned and even now, I am still in service.”

Asked whether he not violated any law by not going for national service, he said “I don’t see and I’m not worried. Do you see any worry on my face? I don’t think I’m have infringed any law except someone has a superior argument and prove it.

Speaking on Kemi Adeosun, he said “there are walls of difference. Unfortunately, Kemi had a fake certificate, I didn’t present any, I didn’t have one. I simply followed the constitutional requirement that if you are qualified to contest an election, it is compulsory for you to serve the nation in the capacity that you won an election”.

An online newspaper, Premium Times has reported that the Minister did not present himself for service after graduation and is yet to do so till date.