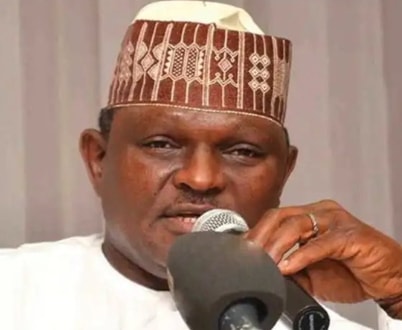 He spoke during an interactive session with the Christian community, under the auspices of United Christian Leaders, Eagle Eye Forum and 40 Christian Pressure Groups in Kaduna.

He was also asked at the event to vie for the presidency in 2019.

“EFCC came overnight with few equipment and personnel and started making the loudest noise. That is why I have likened it to small monkey given a thread to arrest an elephant. The monkey is always busy looking for the elephant. It was give binoculars to look for an elephant that is so close to it, but it is busy arresting ants and abandoned the elephant that is busy destroying the animal kingdom. That is what is going on today.

“If you have to fight corruption in Nigeria, you have to tackle from multi-faceted angles, rather this small structure called the EFCC, which is not enough to fight corruption. It requires a bigger body that has the intelligence that can reach out to the international community to get our stolen funds stashed abroad and equally prosecute rather than relying on the regular police to do that.”

Political Jumpology Engulfs The Nigerian Political Market As Investor-Politicians Seek Highest Dividends Zone
Saraki: I’m Running For President Because I Have What It Takes To Make Nigeria Corruption Free