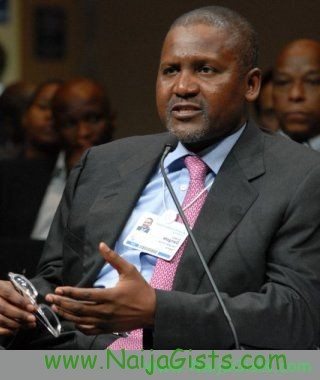 According to Society Now, Nigeria’s Top Billionaire and the richest man in Africa, Aliko Dangote is presently prosecuting a case that might taint his claim to fame- if not well handled.

Several employee at Dangote savannah sugar company plc in numan, Adamawa state recently protested against what they tagged ‘the condition of slave labour they have being subjected to’

‘Many of them have worked for between 7-8years, yet remain casual workers. They work 7am-6pm per day and received N500 per day’

Sources claimed that they’re fed up with the arrangement- the workers staged a major protest.

The attendant result of the move is said to be the incursion of the campaign for Democratic and Workers Rights (CDWR) has wade into the matter.

As at now, labour right protection agency is investigating the issue.