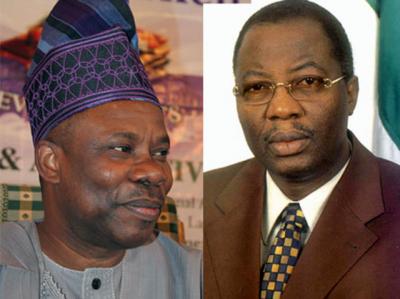 The incumbent Governor of Ogun State, Senator Ibikunle Amosun, has ordered his predecessor Otunba Gbenga Daniel to exhume his late father’s corpse from the present burial place or have his remains demolished with the illegal structure he was interred in. naijagists.com

The Certificate of Occupancy (C of O) of the ex-governor’s family church (Abraham Tabernacle) has been revoked by Governor Amosun on the basis that the acquisition of the land was fraught with irregularities and perpetuated through executive recklessness of the ex-governor. 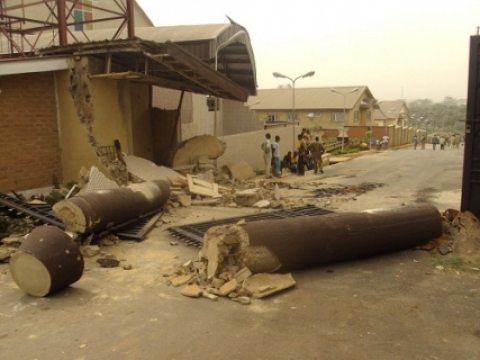 A judicial panel headed by Hon Justice Abiodun Akinyemi was inaugurated by Amosun to look in the acquisition of the land came out with following recommendations:

•    The Commission found as an incontrovertible fact that the church known as Abraham’s Tabernacle situate at Church Estate, Oba Erinwole road, GRA, Sagamu, was built by the erstwhile Governor of Ogun State  Otunba Gbenga Daniel in honour of his father, His Grace, the Most Rev Abraham Adebola Daniel;

•    Incorporation documents of the Church confirm without doubt that three of the named registered trustees of the church, to whom the ex-governor issued the Certificate of Occupancy, were his close family members namely:  Olabunmi Opawole (Wife, using her middle and maiden names), Adebola Irede Daniel (son) and Most Rev Abraham Adebola Daniel (father).

•  The Commission found as an incontrovertible fact that the said church Abraham’s Tabernacle was built on a parcel of land comprised in the certificate of Occupancy No 0033337 dated the 14th day of May, 2011 registered as No 60/60/761 at the Land Registry, Abeokuta and signed personally by the erstwhile governor, Otunba Gbenga Daniel.

“Today, Senator Ibikunle Amosun, Governor of Ogun State formally underscored his determination to demolish the entire Abraham’s Tabernacle Church in Sagamu. The Governor, in a letter he personally signed out rightly cancelled the certificate of Occupancy of the Church.

The letter read, ‘in the exercise of my power under section 1 & 26 of the Land Use Act, I hereby cancelled the purported certificate of Occupancy No 0033337 dated 14th May 2011 and registered as No 60 at Page 60 in Volume 761 in the Lands Registry in the Office at Abeokuta.

This letter serves as a notice to you of the said cancellation.’ The letter which bore the insignia of the office of the Governor of Ogun State was purportedly written by the Governor on 20th of January 2012 but was brought to the gatehouse of the church around 12 noon on February 13, 2012 by an official of the State Government.

Prior to the arrival of the letter conveying the cancellation, a contingent of Ogun State Government accompanied by fully armed mobile policemen came to the premises without any prior information or notice. They went round with a battery of camera’s taking shots and talking to the camera to justify the earlier demolition of part of the structures within the precincts of the church.

Earlier on Friday, February 10, 2012, the government had sent another contingent of officials and fully armed policemen who invaded the church premises and with the aid of

Bulldozers demolished the gatehouse entirely, destroyed the security post and part of the church’s fence. Attempts by the resident Pastor, Reverend Dele Kolade to stop the demolition was ignored while the squad carried out its assignment without showing any legal document or prior service of notice of abatement.

While we are yet to determine the ultimate mission of the latest invasion of the Abraham’s Tabernacle by agents of the Ogun State Government, we sincerely hope that it is not to begin a round of blackmail and propaganda against the House of God.”

Why would a governor appropriate a large parcel of land to his family, block the right of way, and sign a C of O barely two weeks to his departure from office?