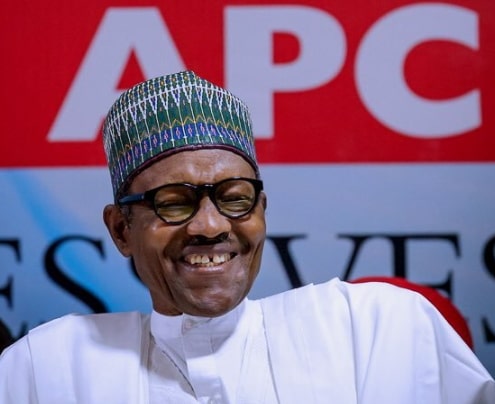 APC Party Lawyers To Atiku: Take Buhari To Court If You Think The Election Was Rigged

Rising from an emergency meeting in Abuja, the legal team asked the former Vice President and all those who are not at peace with outcome of the Presidential election to seek redress in court as that was the only constitutional thing to do.

In a communiqué by the Deputy Director, Legal, of the Council, Prof Mamman Lawan Yusufari, the APC legal team condemned the acts of violence that occurred in some parts of the country during the elections.

It congratulated President Muhammadu Buhari for winning the 2019 presidential election and thanked Nigerians for their overwhelming support.

It commended the presidential candidates, political parties and their support groups for their general respect for the law in the campaign activities,

The team also commended INEC for conducting the presidential and National Assembly elections in substantial compliance with the law and condemn the few cases of violence in some parts of the country and calls on the appropriate authorities to deal with the perpetrators in accordance with the law,

“We calls on interested parties who are not satisfied with the results of the elections to challenge same by following due process of the law and affirms its readiness to defend the resounding victory of President Muhammadu Buhari with all the legal expertise at its disposal,” it stated.

APC Party Lawyers To Atiku: Take Buhari To Court If You Think The Election Was Rigged