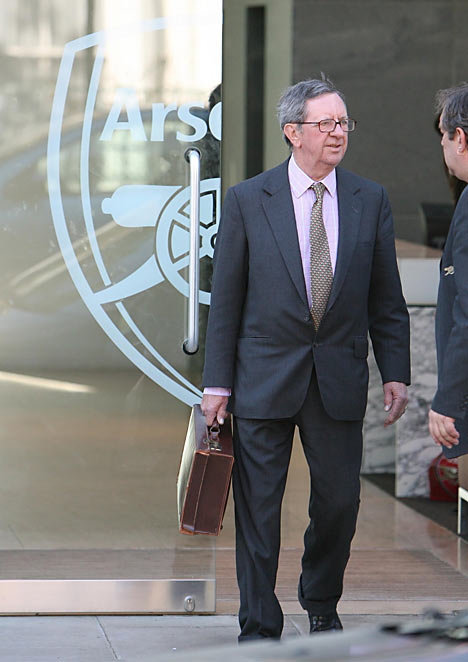 The 76-year-old Millionaire had earlier suffered from Pneumonia and was transported to the hospital for treatment after he complained he wasn’t feeling well .

Here is an official statement from Arsenal Football club on his condition:

“Everyone at Arsenal Football Club sends their support and best wishes to Chairman Peter Hill-Wood who is recovering after suffering a heart attack, following a bout of pneumonia,” an official club statement read.

“Peter was taken ill at home on Friday and is currently being treated in hospital. He is making a good recovery.

“The Club wishes Peter a full and speedy return to health and our thoughts are with him and his family at this time.’

Peter Hillwood, the former vice-chairman of London-based Hambros Bank has been the chairman of Arsenal since year 1982.

Peter Hill-Wood is currently recovering in the hospital.