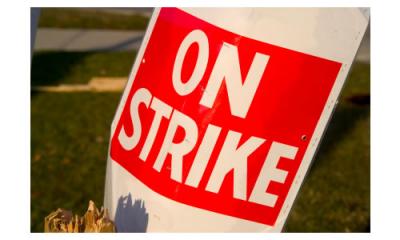 The National Executive Committee (NEC) of the Academic Staff Union of Universities (ASUU) has ordered members to embark on an indefinite strike from Monday December 05, 2011 following what lecturers described as government’s inaction and refusal to implement an agreement reached with the union over two years ago.

ASUU President, Professor Ukachukwu Awuzie told journalists Sunday in Port Harcourt, Rivers State that NEC of ASUU has directed its local branches to ensure that the industrial action is total and comprehensive.

“NEC, having noted that the Federal Government neglected, ignored, failed and refused to implement the core components of the 2009 FGN/ASUU Agreement after more than two years of its signing, having squandered the two months it requested without achieving any progress in the implementation of the Agreement, having sacked the Implementation Monitoring Committee that serves as the forum for dialogue with ASUU on this dispute, is convinced that government is terribly insincere and  is manifestly  unwilling to genuinely implement  the Agreement freely entered with ASUU.

“From the midnight of Sunday, 4th December 2011. For the avoidance of doubt, a total, comprehensive and indefinite strike means: No teaching, no examination, no grading of script, no project supervisions, no inaugural lectures, no appointment and promotion meetings, no statutory meetings (Council, Senate, Boards, etc) or other meetings directed by government or their agents,” he stated.

ASUU also said it is against government’s planned removal of subsidies on petroleum products.

Meanwhile in another development, the National Union of Petroleum and Natural Gas Workers (NUPENG) has said it remains opposed to the federal government’s decision to remove subsidies from petroleum products.

NUPENG President, Comrade Igwe Achese, told correspondents in Okochiri, Okrika Local Government Area of Rivers State that government has failed to convince Nigerians on why subsidy on fuel should be scrapped.

“Our position of fuel subsidy removal has never changed. NUPENG has always said no to subsidy removal. If government must remove subsidy, they must tell us why and they have not been able to convince us and Nigerians on why subsidy must be removed.