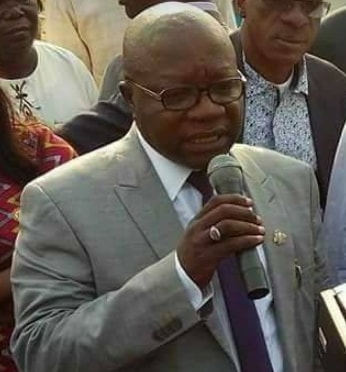 According to his friends, he was heading to his office yesterday when he decided to branch at his favourite restaurant to eat.

Sadly, he slumped and died shortly after he finished eating at the undisclosed restaurant.

The retired civil servant  who was the former chief of  Ejigbo Local Council Development Area  of Lagos was laid to rest according to Islamic rites around 4:30pm on Monday.

See condolences messages from his friends and family members:

Hon Lekan Musa: This is ur last update bar Jaiye Alabi before your untimely death,to me you are such a nice person,a giver.may Allah reward you with Aljanat.Amin.RIP Boss

Vivian Sunshine: Obi Waooo..Am still in shock,,we had vision to catch up with,we decided to be partners in process for our party,,, why now? Pls come back..

Taiwo Olanrewaju Onadeko : Hummmm I can’t believe am seeing you last dis Morning wen you are going out toward Pako, You told me you are coming back not knowing you are saying good bye. Rip Barrister Jaiye Alabi