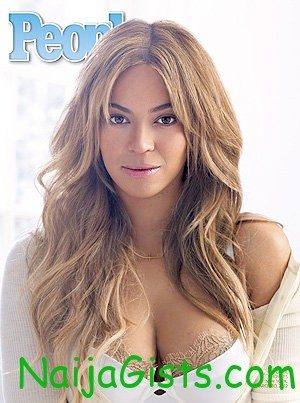 Popular pop music star and mother of one, Beyonce Knowles has been named World’s Most Beautiful Woman by Peoples Magazine. naijagists.com

The sexy new mother looks stunningly gorgeous on the latest cover of the Peoples magazine.

Below is what she said

“I feel more beautiful than I’ve ever felt because I’ve given birth,” Beyonce, who welcomed her first child, daughter Blue Ivy, with husband Jay-Z in January, says in an exclusive interview with the magazine. “I have never felt so connected, never felt like I had such a purpose on this earth.”

Come see for ya self.