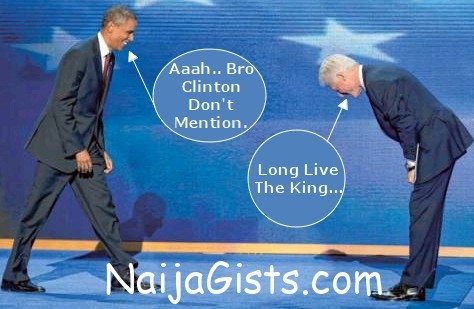 Sept 8, 2012 – Bill Clinton Bows In Respect To US President Obama

Former US President, Bill Clinton was spotted bowing in respect to President Barack Obama after delivering one of the best advocacy speech of Obama policies few days ago at the Democratic National convention 2012 in Charlotte, North Carolina. naijagists.com

No former President has ever done this for another. This is a special historic moment. I’m glad I lived to see it” . – Don Julio Bats. 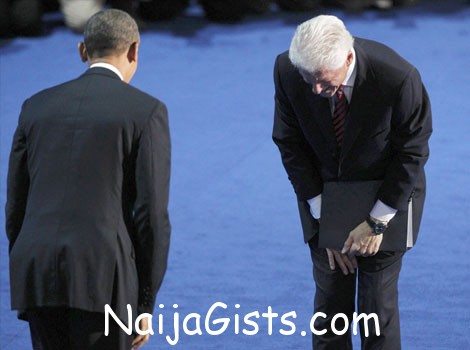 “No President, not me or any of my predecessors could have repaired all the damage in just four years.”