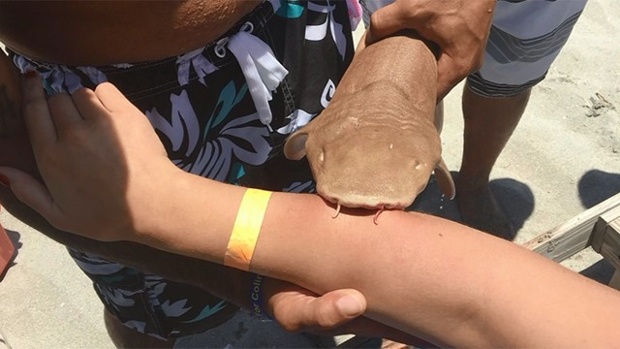 The unidentified victim was rushed to the hospital after a 2-foot nurse shark clamped down on her arm and wouldn’t let go yesterday afternoon.

According WPBF TV, the victim was rescued by a bystander who killed the shark before rescuers arrived.

A shark expert who witnessed what happened said:

“I’m 99 percent sure that the person grabbed on its tail, and because the shark is only that big, it turned around and bit her right on the arm. Nurse sharks want nothing to do with people unless provoked”

See photos from the bizarre shark attack below 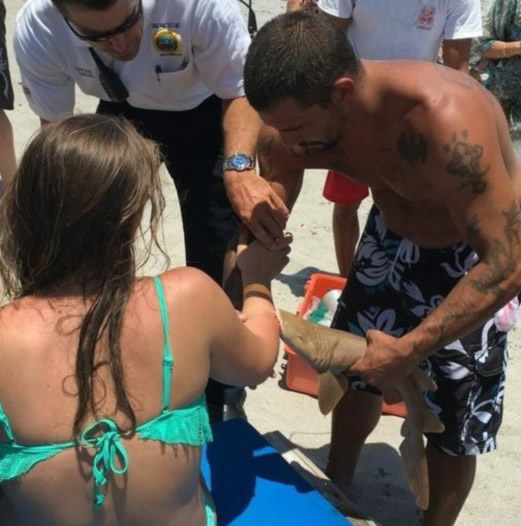 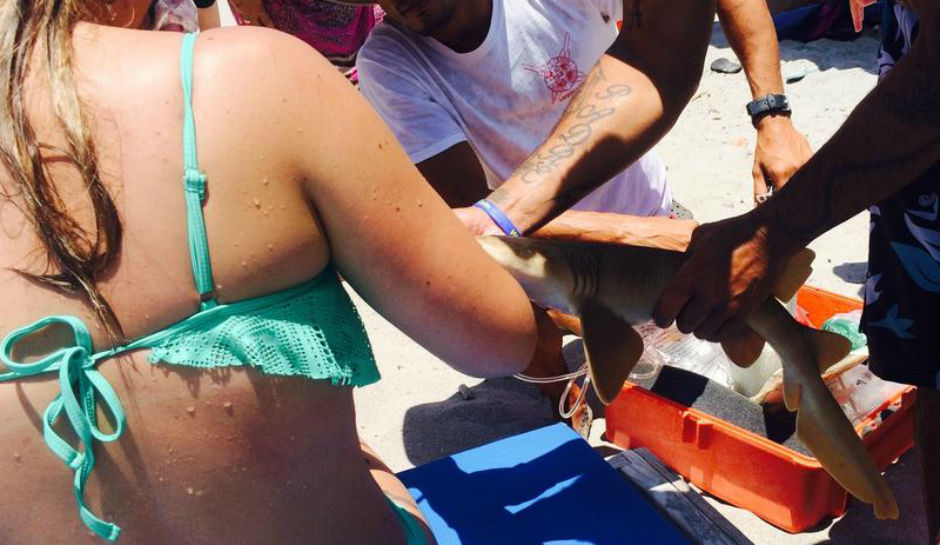 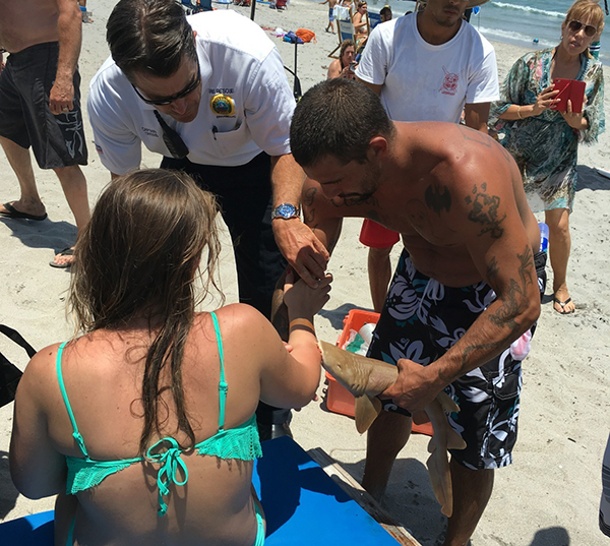 Ghanaian Boxer Bukom Banku Bleached His Skin White, Blasts Critics..See Before & After Photos
Photos: Nigerian Pastor Carries Baby On His Back While Preaching In Atlanta Georgia