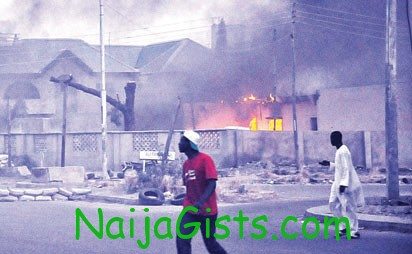 According to eyewitness, the attackers who came on a motorbike ordered watchmen at both schools out of the premises before attacking the schools.

The source further explained that the attack triggered pandemonium and forced night life to a halt as residents scampered to safety.

When will these Boko Haramists stop.