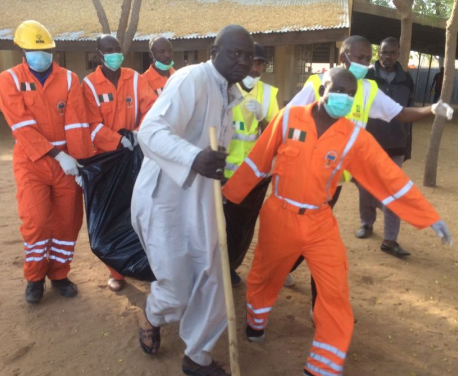 The death toll of the suicide bombing attack reported earlier today is two.

We gathered that the attack took place at a mosque located at Dalori quarters this morning.

Dalori quarters is close to the University of Maiduguri.

According to NEMA, the bomber suspected to be between the age of 8 and 10 years detonated an explosive devise at a fence to the mosque because there are security vigilantes at the entrance to the worship centre.

Apart from the suicide bomber, another person was also killed. 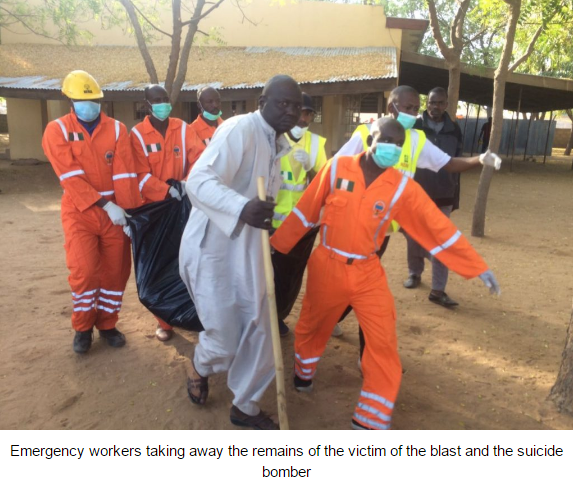 When contacted on the identity of the suicide bomber the Spokesperson of National Emergency Management Agency (NEMA), North-East zone, Abdulkadir Ibrahim said:

“The body of the bomber was so mangled and shredded that only health personnel or experts could determine whether it is that of a boy or a girl. Our role is to evacuate the bodies from the scene which we have done.”