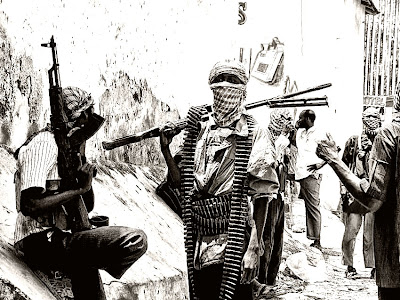 According to Adamawa state Commissioner of Police, Mr Mohammed Ibrahim, the death toll of Saturday’s attack in Ganye is 25.

“We have 25 dead from yesterday’s attacks in Ganye, which included a chief prison warder, a policeman and a prominent politician,” said Mohammed Ibrahim.

We also learnt they looted a bank and carted away some undisclosed chunk of cash.

They also attacked an open-air drinking bar, a prison official and police said. They used explosives and assault rifles in their assault on the police station, during which they shot dead a policeman, Ibrahim said.