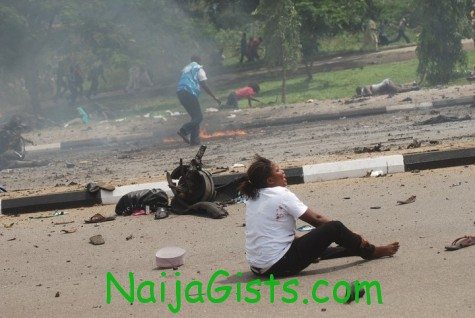 According to the latest report on Boko Haram, an unspecified number of football fans have sustained serious injuries when two bomb blasts hit a football viewing center in Tundun Wada, Jos on Tuesday night. naijagists.com

NAN reports that the majority of the injuries resulted from stampede as the soccer enthusiasts ran for safety.

We learnt the bomb went off by the road side, minutes after the end of the UEFA semi final match between Chelsea FC and Barcelona FC.

An eye witness, Hosea Daniel, a security man with NAN, said that among the injured were petty traders selling by the roadside.

Tuesday’s bomb is the third in Jos, targeted at soccer fans during high profile European matches.

When will these ceaseless bombing stop in Nigeria.