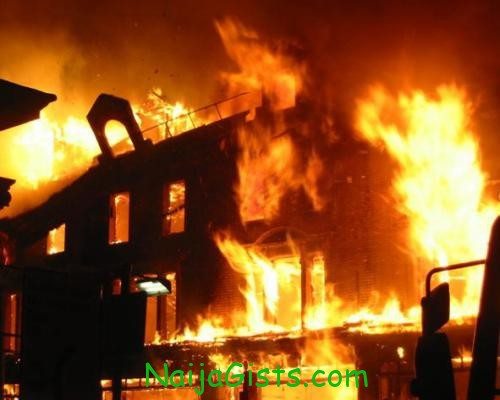 Some residents told newsmen that the schools were destroyed around 9p.m. on Wednesday, in spite of the dusk to dawn curfew in the town.

The schools are Gwange I Primary School, which has a primary and a Junior Secondary School within the premises, Gwange III Primary School and Success Private School, owned by a Ghanaian, the News Agency of Nigeria reports.

A resident, Malam Modu Bulama, said, “About 9p.m on Wednesday, we heard a loud sound from the school and some minutes later, we saw a huge smoke coming out of the school.”

Another resident, Alhaji Ibrahim Yunus, said he saw a group of three teenagers entering the school around 9p.m.

He added, “We were outside in my compound when some teenagers came with gallons of liquid, probably petrol and tyres. They chased out the security guard before setting the school ablaze.”

Meanwhile, the headmaster and headmistresses of the affected schools declined comment, as hundreds of pupils, who were asked to go home milled round the school premises.

At Gwange III Primary School, the structures were badly damaged by the attackers. However, the most damaged was Success Primary and Secondary School at Kofa Biyu, owned by a Ghanaian, who had lived in the state for more than five decades.

The entire school building was destroyed and some parents described the destruction as a huge setback.

The spokesman for the state police command, Mr. Samuel Tizhe, confirmed the incidents.

Ten schools have so far been burnt in Maiduguri in the last few days.