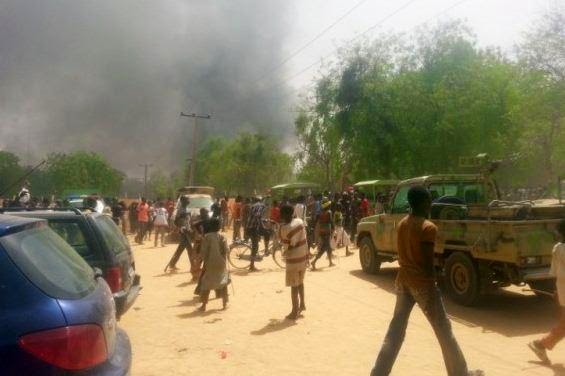 24 hours after Jonathan declared his intention to run for 2nd term, Boko Haram terrorists have struck again and this time around, it is very close to Abuja.

“At least 10 students were killed and several others injured. They have all been moved to the general hospital. We have all been asked to vacate the school,” he said.

This latest attack happened in Kotangora, a city located 343km from Abuja, the capital city of Nigeria.