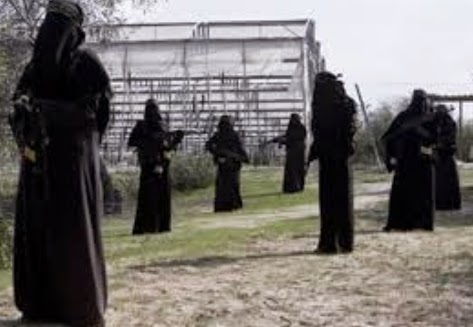 A suicide bomber arrested by Civilian JTF in Maiduguri area of Borno on Monday has revealed that Boko Haram sect has sent 52 more female bombers to strategic locations in Maiduguri to blow up themselves.

Yesterday two of them unleashed terror at a busy market in Maiduguri killing 10 and injuring over 35 people.

This is what a Civilian JTF member today ThisDay Live today:

Many citizens are worried that Boko Haram might be using the kidnapped Chibok girls to cause mayhem in different areas of the country.

A source disclosed to us yesterday that the people of Ibadan in Oyo State have started dissociating themselves from women in Hijab.

A case happened at Bodija market yesterday when a woman in Hijab was sent back from the market over fears of suicide bombing attack.