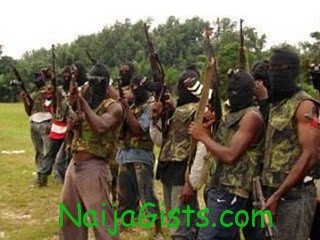 According to a report reaching www.Naijagists.com, confusion has hit the camp of Islamic Religious sect, Boko Haram in Nigeria.

Below is the latest news about Boko Haram in Nigeria.

A splinter group called Ansaru has emerged within the sect with the primary aim of wrestling the current leader Abubakar Shekau over his inhuman acts toward Muslim. naijagists.com

According to a report from Sahara Reporters, a statement signed by the leader of new group, Abu Usamata Al’Ansari, expressed displeasure with Shekau’s style of operations, which it described as inhuman to the Muslim.

It vowed to restore dignity and sanity to the “the lost dignity of Muslims in black Africa” and to bring back the dignity of Islam in Nigeria and the Sokoto Caliphate, founded by Othman Dan Fodio in 1804, which spread across Niger Republic, Cameroon and some West African countries.

“And I will feed them that oppress thee with their own flesh; and they shall be drunken with their own blood, as with sweet wine: and all flesh shall know that I the Lord am thy Saviour and they Redeemer, the mighty One of Jacob.” Isaiah 49 vs.26

Now the time has come for God to avenge on behalf of the innocent people killed in Nigeria.