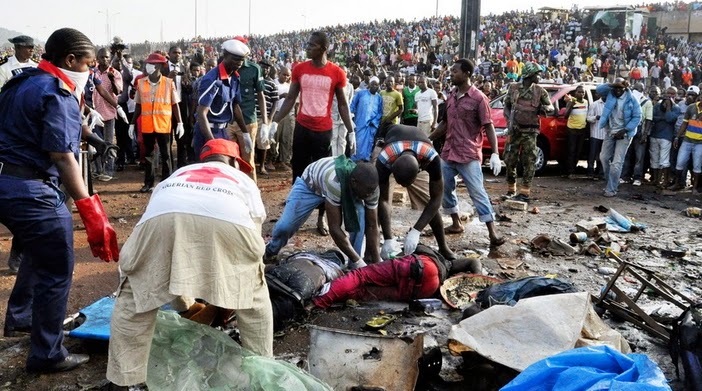 Borno state Police command today said 16 persons were killed and 82 others wounded in a suicide bomb attack in Konduga Local Government Area of the state.

The commissioner, Mr Damian Chukwu, confirmed the attack in a Short Message Service (SMS) sent to newsmen on Wednesday in Maiduguri.

Chukwu said that the inicident occurred at a market at about 5: 30 p.m. when three suicide bombers hit the market.

Dozens of people were killed in a separate suicide bomb attacks on Tuesday in Konduga local government area of Borno.

He said the suicide bombers a male and two female detonated the explosives at The Busy Market blew up themselves and killed 16 people.

Chukwu said that 82 other persons sustained various degrees of injuries in the attack, adding that the wounded were evacuated to Specialists Hospital, Maiduguri.

According to him, the command has deployed EOD to sanitize the area.