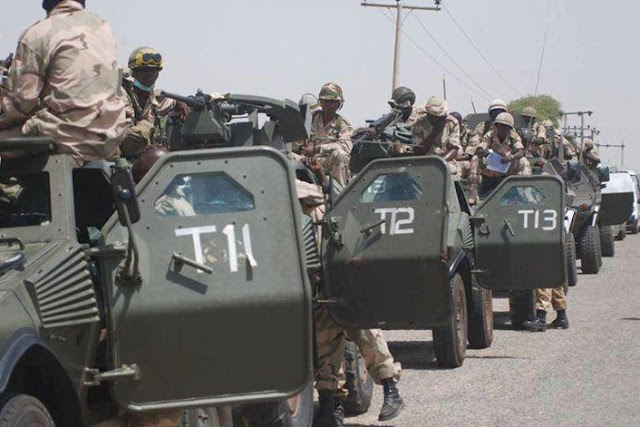 At least 13 Nigerian soldiers are currently clinging to life at an hospital in Borno state following a brutal attack carried out by Boko Haram in Gashigar area of Borno state.

According to Army Spokesman, Col Sani Usman, the troops were ambushed by the Jihadists at Gashigar, a border town with Niger Republic around 5:30pm yesterday, Monday the 17th of October 2016..

Usman said the gallant soldiers did their best to resist the attack but in the process 13 soldiers sustained serious injuries while others are still missing.

The fierce attack has forced the troops to withdraw from the location.

The injured soldiers have been evacuated and receiving treatment while efforts are ongoing in search of those missing.

However, a Community leader in the area said Boko Haram killed 20 soldiers in the attack yesterday as the soldiers were taken off guard.

The community leader who requested anonymity said the militants stole 6 armoured vehicles and several weapons from the troops.