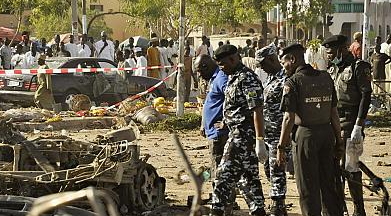 At least 9 soldiers died early this week when members of Boko Haram Jihadi sect invaded the camp of 242 Battalion troops stationed at Gajiram village, a remote area some 50 miles from Maiduguri, the capital city of Borno state.

2 soldiers were also wounded in the attack that also claimed the lives of about 12 terrorists.