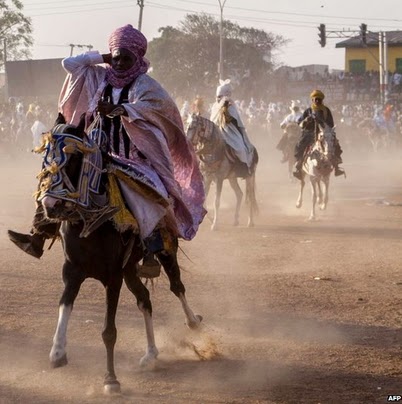 An explosion which occurred a few metres from the scene of last weekend’s second blast killed at least 12 people while 21 people were injured.

A female terrorist walked into a crowded area near El-Kanemi Cinema Roundabout around Maiduguri Monday market at about 4pm yesterday and detonated a bomb. Sources at the State Specialists Hospital said eight bodies were brought to the mortuary while 11 injured people are on admission, swelling up the over 40 injured victims of last weekend’s triple blasts still recuperating at the hospital.

A source also told Daily Sun that 10 other victims of yesterday’s blast are receiving treatment. Some youth vigilante who participated in the rescue operation said three more bodies were discovered after the first eight, bringing the casualty to 12.

In another attack on Ngamdu town, about 100 kilometres to Maiduguri, eight people mostly motorists and travellers were killed when over 20 terrorists riding on horses and two vehicles invaded the town. The insurgents were said to have shot at motorists and commuters, killing eight people while 10 people were injured.

“They opened fire on some of our drivers travelling on the road at about 10.30am (yesterday). We lost about five people and some of our colleagues were injured,” Abubakar Mohammed, a bus driver, said.

Some medical staff attended to five injured people, all drivers, at the Accident and Emergency Unit of the Umaru Shehu State Hospital. Three of the victims had gunshots on their thighs and heads. Some of their relations and friends were seen assisting medical personnel to clean up the blood-soaked bodies.

A military source who is not authorised to speak, confirmed the attack, adding that soldiers were deployed in the town to repel the attack. He said the insurgents who disguised as horse-riders fled when they were confronted by the troops.